Trending
You are at:Home»Recipes»Brew Tasty Tea Beer!
By Jennifer Billock on June 18, 2016 · Recipes

In the ninth century, Finnish brewers created sahti, a beer made on hot rocks over an open fire and seasoned with juniper berries. Dogfish Head Brewery has brought this tea beer back to life in their Ancient Ales line as Sah’tea. The brew still includes berries foraged from the countryside in Finland, but Dogfish added one more ingredient to amp up the flavor: black tea.

Sah’tea brought to light something that ancient civilizations and home brewers alike have known all along—that beer is better with a little bit of tea. Centuries ago, hops, the now-standard beer ingredient, were not used. Brewers used a selection of herbs and spices to balance out the malt and yeast, essentially making a tea out of ingredients like orange peel, anise, cardamom, ginger, and vanilla, and then adding that infusion to their alcohol concoction as it brewed. Archaeologists have even found remnants of alcohol made with herbs and spices dating back to the Neolithic period.

Brewers today are keeping this long-held tradition of spiced beers alive with an eclectic selection of additions. Celestial Seasonings teas are a favorite of home brewers, particularly the Lemon Zinger and Chamomile, but honey and other spices are prevalent as well.

Some beers call for a blend of chai spices, some take cinnamon, and still others are made with saffron, red chilies, or even curry powder. The Seefurth family from Illinois has gone even farther and created the widely popular Mamma Mia Pizza Beer with tomato, garlic, and herbs.

Regardless of all this experimentation, though, tea remains one of the most popular infusions—and that can be seen in breweries all over the country. Milwaukee Brewing Company offers a number of tea beers seasoned with everything from green tea to blueberry rooibos. Rogness Brewing Company’s Yogi is a chai beer. Gilgamesh Brewing spices their Mamba beer with Earl Grey, and Beaver Brewing Company makes a wheat beer with chamomile. The list goes on.

A lot of tea beers are seasonal, so instead of waiting for one to show up on the shelves, why not make your own? Here are three recipes to make your own brew. And don’t worry if you’re not a seasoned home brewer—the first recipe is special for the novices out there. 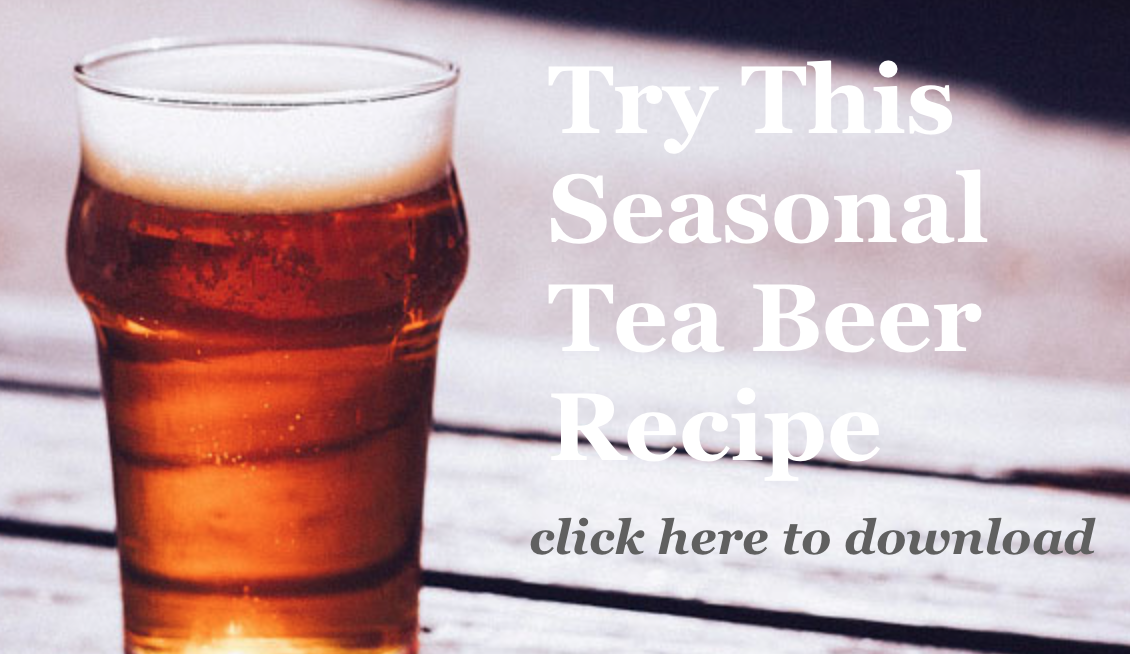 Another easy-to-do yet still flavorful and effective method to getting that tea flavor in your beer is to use a French press. Just pour your desired beer into a French press, add a selection of loose-leaf, let it steep for three minutes (no heat needed!), then push down the filter and enjoy a new level of brew. Worried about the carbonation dissipating? Keep the press in the fridge while the mixture steeps, and your bubbles will stay intact.

The recipes may seem easy enough, but keep in mind that brewing beer with untraditional ingredients can be a challenge. Tea in particular can infuse bitter tannins into your drink and make it taste pretty awful. A good balance is key.

When you boil the tea to add into the wort, be sure not to put in too much tea, boil it for too long or over steep it. Also make sure that the water to tea ratio is appropriate so you’re not just diluting your brew with barely flavored water. To infuse the tea into an already prepared beer, use enough to get the flavor to shine through but not so much that it’s overpowering.

If you’re worried about tannins leaking into your beer, try using a tea extract with the finished product instead. To make your own, add one cup of vodka and enough tea for a strong cup to a well-sealing bottle or jar. Don’t splurge on the expensive vodka for this; it’s really only an extraction tool to get the most flavor with the least amount of tannin. Keep the vodka and tea sealed up for three to four days, shaking once a day at minimum. After those few days pass, you’re ready to add your extract to your beer. Add as much or as little as you like—the taste is totally up to you. 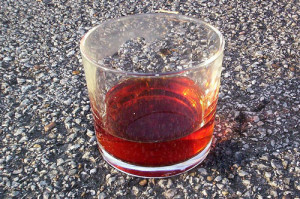 Another thing to remember is your flavor profile. Not all teas and beers go together. This comes down to a simple game of color matching. Put pale teas with pale beers, dark teas with dark beers. For example, a white tea pairs well with a pilsner or pale ale. Green tea meshes nicely with wheat beers. For amber ale, choose a red tea or a rooibos. Black teas and smoky teas (like lapsang souchong) work well in a porter or a stout.

Temperature is a huge consideration as well. Too high of a boiling temperature can not only burn the tea, but it can also kill the yeast used in the brewing process. Each package of yeast has its own temperature requirements, so be sure to read carefully.

Keep these guidelines in mind and you’ll be brewing tea beer like a pro in no time!

note that this article was previously published on September 11th, 2014