Trending
You are at:Home»Taste»A Beginner’s Guide to Black Tea
By Nicole Martin on July 13, 2016 · Taste

In order to manufacture black tea the leaves are withered and rolled. They’re then allowed to oxidize completely before a final drying step finishes the tea. Lapsang Souchong, a smoked tea from the Fujian Province in China, is considered by many to be the oldest black tea.

In China black tea is called hong cha, which means red tea. This can cause some confusion since rooibos, an herbal tea from South Africa, is frequently marketed as red tea. Black tea has the highest worldwide consumption rates and the Assam region of India is one of the largest producers.

There are two main production methods used, CTC (Crush, Tear, Curl) and Orthodox. CTC tea is cut into very small pieces using machines. Orthodox teas can be whole or broken leaf and tend to be of higher quality. Orange Pekoe is a term many tea drinkers are familiar with but contrary to popular belief, this name has nothing to do with the fruit. It was actually named after the Dutch House of Orange and refers to the grade of the leaf.

In India, Sri Lanka, and several other regions, black tea is graded according to a letter system. Fannings and dust are mostly used for tea bags because they release color and flavor more quickly. 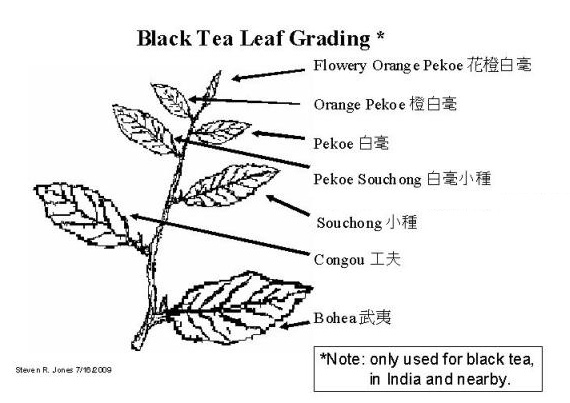 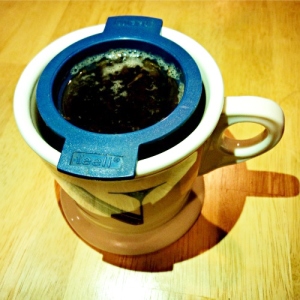 The rule of thumb when brewing black tea is a teaspoon of leaves per 8oz cup of water. Individual tea cups or larger teapots are both easily used. Boiling water and brew times of 3 to 5 minutes are fairly standard. Darjeeling teas are sometimes brewed a bit lower, with water around 195 degrees. The longer a black tea is steeped the more bitter it will taste. This is because hot water triggers the release of tannins. This causes the same dry, mouth puckering feeling you might get from a strong red wine. Milk and sugar are of course optional.

Chinese and Taiwanese black teas are of a more delicate nature so they don’t require sweeteners or other additives. Gaiwans and small teapots are used to achieve many concentrated brews. Celadon glazed pots are a favorite of many tea lovers because the tea will change the appearance of the pot over time. Water temperatures are usually at or just below boiling and brew times can vary from 30 to 45 seconds.