Trending
You are at:Home»Taste»Chai Style: Delving Into the World’s Most Popular Spiced Tea
By Carrie Keplinger on October 1, 2016 · Taste

It’s turning cool and crisp, and there’s a pleasant smoky scent to the air. You know what that means, right? It’s chai season, my friends! Right now I’m enjoying what is possibly the world’s largest mug of dark chocolate chai with sugar, milk, and a healthy dollop of espresso—perfect for a breezy autumn afternoon.

“But wait,” you might be asking, “what exactly is chai?” Some of you might also be unsure of the difference between masala chai and all other chai, while there are those of you who are wary of the caffeine. As a seasoned chai lover, I’ve heard all these things and more. Fortunately for you, that means I also have some answers. 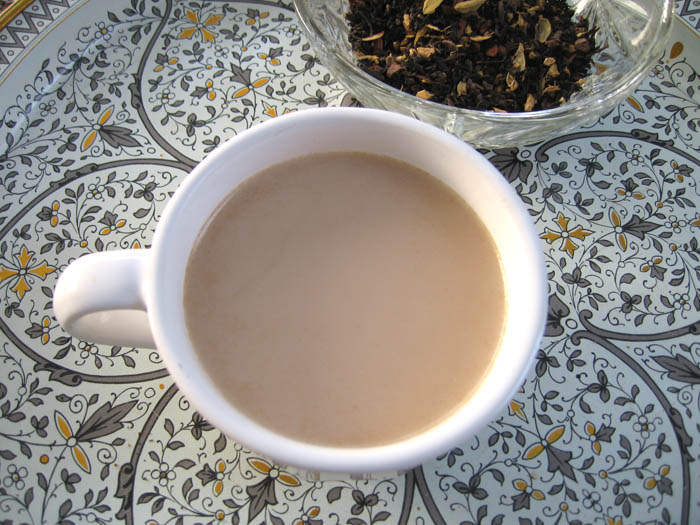 “Chai” or “cha” is a common word for tea throughout Asia. (Saying “chai tea” is actually redundant, and certain tea snobs will judge you for using the phrase.) When we say “chai” today, however, we almost always mean a spiced tea with milk and sweetener, and we’re usually thinking of masala chai—which we’ll delve into in more detail in just a bit.

The truth is, there are almost as many versions of chai as there are varieties of tea. In India, where most folks agree our modern spiced brew originated, chai recipes vary from region to region, chai wallah to chai wallah, and family to family. It all comes down to available ingredients and individual taste, meaning there’s quite literally a chai for everyone.

The most common type of chai is masala chai, which originates in India and is made up of four basic components: black tea, spices, milk, and sweetener. 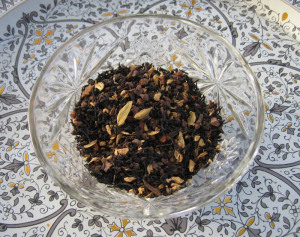 The spice mixture is called karha, and while the particular spices used can differ, it almost always has a base of ground ginger and green cardamom pods. Other spices are added depending on the tastes of the blender and can include cinnamon, star anise, fennel seeds, peppercorn, nutmeg, and cloves. When masala chai is being used medicinally, as it is in Ayurveda and traditional Chinese medicine, it is not uncommon to add mace, chili, coriander, cumin, or turmeric.

Here in the United States, of course, our most popular flavor additions to masala chai are vanilla and—my favorite—chocolate. Let’s not forget the seasonal pumpkin! That’s right: Your favorite fall latte is really good old chai with pumpkin flavoring.

One somewhat surprising twist—at least for Westerners—is pudina chai. Pudina does not contain karha; instead, it is black tea steeped with mint leaves in milk and water, sweetened to taste. I don’t think there’s any rule against adding spices—I’ve seen some recipes that call for ginger—but it doesn’t seem as common. Pudina chai makes a wonderful after-dinner digestif or a soothing remedy for an upset stomach. 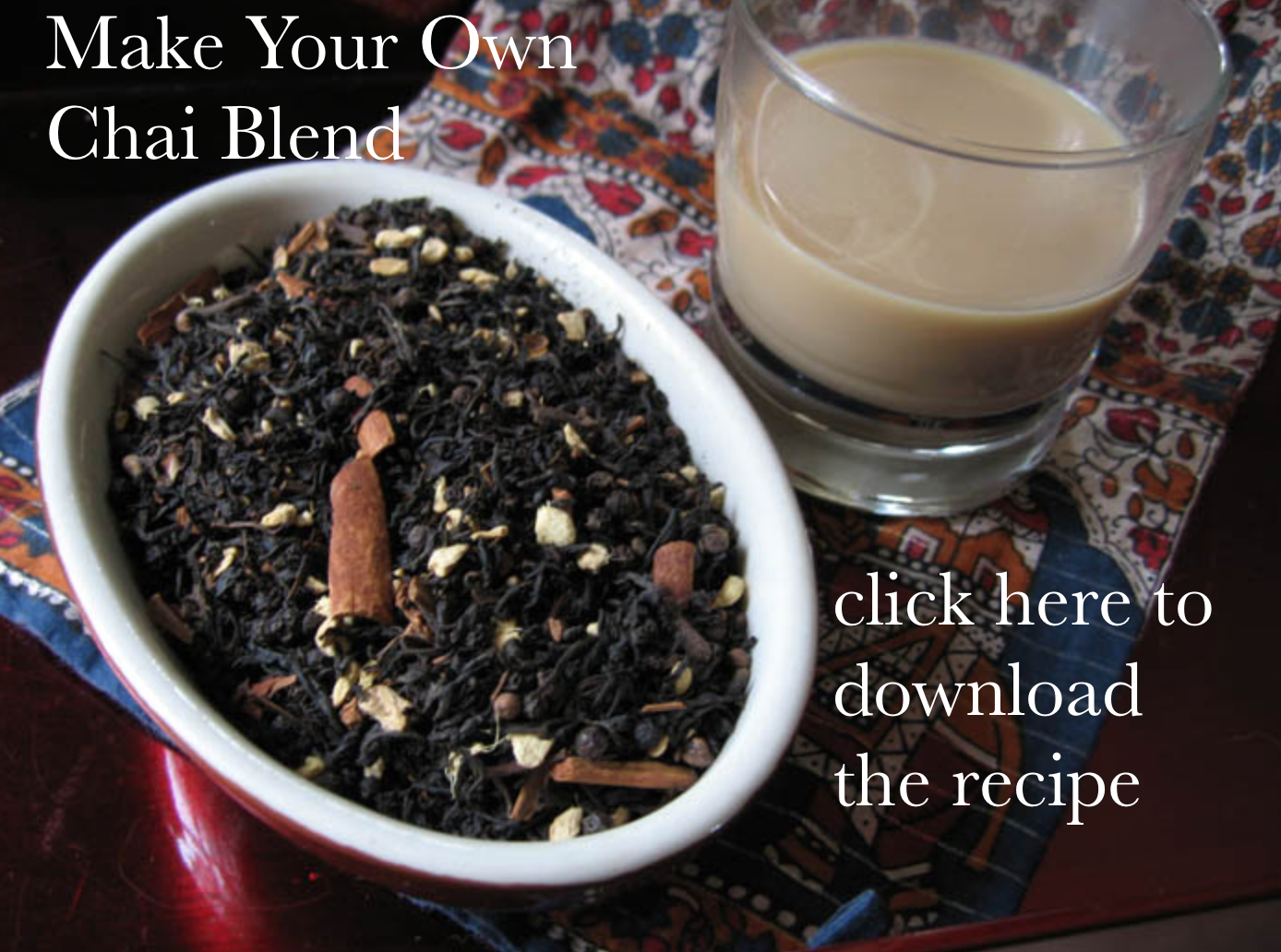 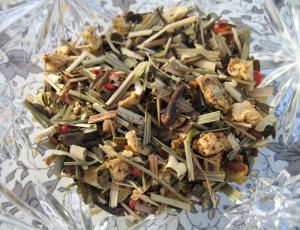 Although masala chai is the most well-known of the spiced teas, green chai has been gaining popularity. At first, I thought this was simply a modern Western invention, but it turns out that spiced green tea has firm roots in the Middle East.

Other variations of green chai might include citrus peel and peppercorns as well as masala or kashmiri spices. It can be enjoyed with sweetener and with or without milk. It’s generally lower in caffeine than chai made with black tea. 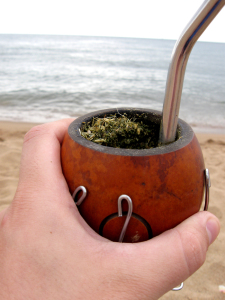 Thanks to the growing popularity of chai in the United States, some new teas have entered the scene, making for even more diverse—and delicious—choices.

Chai made with white tea often includes ingredients such as coconut, pineapple, apple, and lemongrass in addition to karha. Low in caffeine, it makes a wonderful cup to sip in the evening or after a meal. The spices definitely take center stage; you won’t want to add any milk, but a bit of honey will help enhance the flavors nicely.

If you’re looking for a chai that is completely caffeine free, red chai may be your new best friend. Made from the African red bush, or rooibos, this antioxidant-rich herb blends nicely with spices and can be prepared with milk and sweetener just like your traditional masala chai.

There is also maté chai, a blend of yerba maté, spices, and sometimes dried fruit. Like rooibos, it can stand up well to milk and sugar, but it is decidedly not caffeine free.

Blending Your Own Chai

Since chai is such a varied and personal beverage, it makes sense that you might want to blend your own. Start by choosing a tea, then combine it with spices you enjoy. The amounts you use are up to you!

As for the spices themselves, you can use powdered or whole; just make them all powdered or all whole so your blend will mix properly. Make sure all of your ingredients are as fresh and high quality as you can afford for the best flavor.

Recommended spices and flavors include: 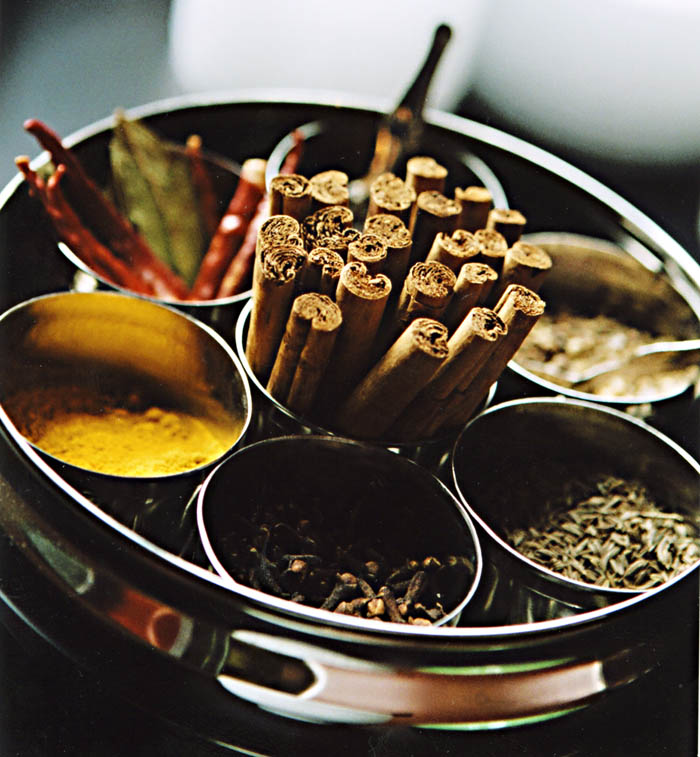 Remember how I said there were many different kinds of chai? Well, the same is true for the beverage’s preparation—there are dozens of ways to do it, and none of them are wrong.

The most obvious method is to dunk a teabag into a cup of hot water or to use an infuser with loose leaf tea, adding sweetener and milk at the end—totally acceptable! Some folks, though, prefer to boil their teabag with the water, and sometimes with the water and milk in combination.

In India, one common method is to make chai in a pot on the stove by simmering the water and spices together for 5 or 10 minutes, then adding the milk and sugar. Once the mixture is simmering again, the tea leaves are added, the lid of the pot is popped on, and the heat is turned off. After a few minutes, the tea is strained into cups and served. If that sounds like too much work, another method is to combine everything—tea, spices, water, milk, and sweetener—in the pan at once and simmer.

When preparing with chai, you should feel free to play around a bit! Try different methods and see what works best for you.

all photos by author unless otherwise noted