Trending
You are at:Home»Taste»Grown in the USA
By Elyse Petersen on August 7, 2015 · Taste

Tea growing in the United States dates back as far as other world famous producing regions such as Taiwan and Darjeeling. Tea seeds were first brought to the U.S. in 1744 to be a part of the Trust Garden of Savannah, and the Camellia sinensis plant was later researched as a commercial crop in South Carolina starting in 1848.

In a more tropical area of the country, tea was also planted by Hawaiian Tea and Coffee Co. in 1892 (CTAHR, 2007). After these attempts it was quickly determined that the crop would not be economically feasible as a commodity due to higher production costs. Much of the discussion of U.S. Grown Tea as a specialty crop did not begin until the 1960’s.

Grown in the USA: A Biodiverse Home for Tea 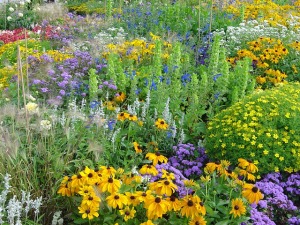 Camellia sinensis can be found in tropical and subtropical areas that experience well distributed rainfall. Water is the most essential need for a tea plant, when young plants may require up to 120 inches of rainfall a year. In general, tea doesn’t tolerate a dry season of longer than 3 months.

The plant desires a mild temperature between 64° and 90°F. Soil is another important factor for tea, with most varieties of the plant preferring to live in an environment of pH 4.5-5.0. With all of these necessary conditions it is easy to see why so many regions in the United States are suitable for tea. 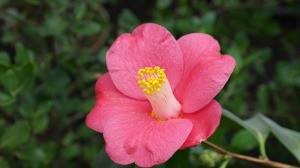 The origin of U.S. Grown Tea is in the South. Camellia decorative plants such as Japonica have represented Southern hospitality for decades just like sweet tea. It is no surprise now that entrepreneurial farmers are working hard to satisfy the local demand for tea with local supply. The longest running commercial tea garden still resides in South Carolina in a quaint area outside Charleston and is owned by Bigelow Tea.

Other more modest tea gardens can be found throughout the South including North Carolina, Louisiana and Florida. Finding some Southern Grown Tea in your cup may be hard these days as the Charleston Tea Plantation is the only company producing and marketing a product, straight and blended CTC (Crush, Tear, Curl) teas. 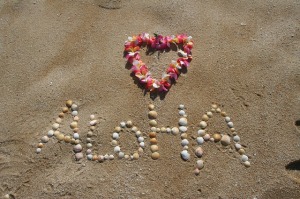 As of 2011 there were 19 documented growers of Camellia sinensis; 14 formed as a business and 10 producing and marketing products under their own brand. Since this time the number of documented growers has increased due to investments from individual growers and state-funded projects. The number of marketed products has not increased as most of the new growth is young and new growers need time to develop their processing skills. 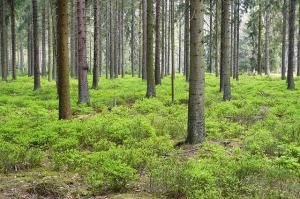 Tea grown in the Pacific Northwest is a new idea for tea lovers, even ones that live in the area. Minto Island Growers near Salem, Oregon and Sakuma Bros. in Burlington, Washington are both successful farms with farm stands and well-established markets for products other than tea. As partners, both farms planted tea trees from the same genetics, but each has taken a different approach to processing.

Tea production requires high level of skill and experimentation, especially for a grower in a new growing region without an established terroir. Minto Island Growers have started to work with local specialty tea enthusiasts that have the passion and time to dedicate to tea processing research and experimentation. Sakuma Bros. head tea grower Richard Sakuma has taken on the responsibility himself and has even imported larger scale production equipment from Taiwan, including a panning machine and commercial dryer.

There is still much more work that needs to be done for tea quality development in the Pacific Northwest, but there is promise as the proper plant varieties have been selected and cold hardiness is appropriate for the colder temperatures in the area. Both growers make their tea available to local consumers at their farm stands and also sell through select tea retailers.

Other Regions – United We Stand

Fearless growers in other regions have also established their position in the U.S. grown tea industry. This includes Light of Day Organics in Michigan, Finger Lakes Tea in upstate New York, and Michael Fritts of Golden Feather Tea near Oroville, CA.

Some may argue that these gardens are not feasible due to the cold, harsh winters in Michigan and New York or the alkaline soil of Northern California, but these growers are defying the odds and showing the resilience of the Camellia sinensis plant. Finished tea from these gardens is not yet available for retail sale, but look out soon as these gardens are planning on bringing a high quality tea to the market at scale in the coming years.

Now that tea gardens have been established and products have started to enter the market, the industry will need to put more focus on quality and developing an awareness of terroir for each of the U.S. growing regions. Prices for U.S. grown tea will remain on the high side as the demand far surpasses the supply, but as the novelty of the product fades and supply increases, quality will become the top concern for producers that want to maintain a higher price to cover the higher cost of production in the U.S. compared to all other growing regions. Exploring the world of U.S. grown tea is an educational experience for tea lovers of all level because it exemplifies the simplicity and art of tea.

note that this article was previously published on September 30th, 2014

Elyse is the founder of Tealet, a company that brings tea directly from the farmer to the consumer. She looks for those farmers who are passionate about their work, spending time with them and their families to get to know them and build mutually beneficial relationships.