Trending
You are at:Home»Taste»Know Your Tea: Long Jing
By Jason Walker on August 26, 2016 · Taste

A fabled well and a visit from the Emperor over 200 years ago have come to make this green tea one of the most famous teas from China.

Origin: The West Lake region of Hangzhou, Zhejiang Province, China. Some higher-end Dragon Wells are associated with specific hills/peaks in the area.

Steeping Tips: Try “flash” steepings of less than one minute with water at slightly below boiling (195 – 205 degrees Fahrenheit) using 1 teaspoon of tea for 8 oz of water. Adjust steep times based on your preference in strength.

Teaware: Any teaware will do, but using a traditional porcelain gaiwan or a One Touch Teapot (Tea Time Trading Co., See “Hot Stuff,” March/April 2012) helps prevent excess heat from stewing rather than steeping your tea leaves. 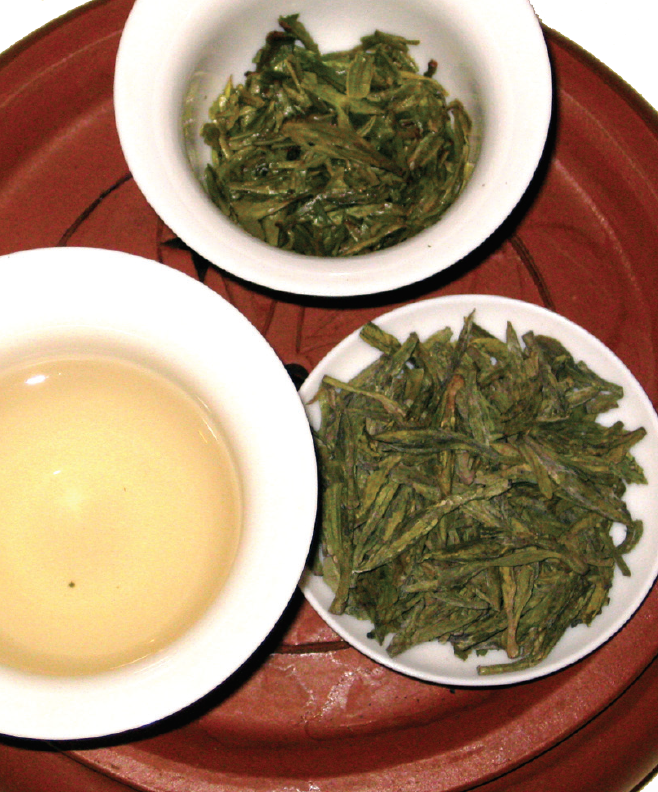 What is Dragon Well?

Dragon Well is a Chinese green tea. Its leaves are pressed flat during the pan-firing process. Traditional methods involve pressing and sliding the leaf by hand in an iron wok. The resulting tea is visually appealing with a sought-after flavor. The harvest time helps determine the quality of the tea. China’s traditional calendar recognizes the early springtime festival known as Qing Ming (roughly translated as “Clear Brightness”) on April 5th. Dragon Well harvested before Qing Ming consists of the earliest buds and leaves with higher concentrations of all the goodness the plant stored-up for the spring flush. This tea, labeled as “pre-qing” or “ming qian,” is often lighter in profile. Dragon Well harvested after this date is also rewarding with its stronger flavors.

Any discussion of fine Chinese green tea will likely involve mention of Dragon Well tea. The Qing emperor Kangxi decreed it an imperial tribute tea in the 1700s. His grandson, the Qianlong emperor was also an admirer. It would have been easy for both rulers to make special stops on their southern inspection tours for some “tribute tea.” Even to this day, the most superior grades of Long Jing cost more per gram than gold. 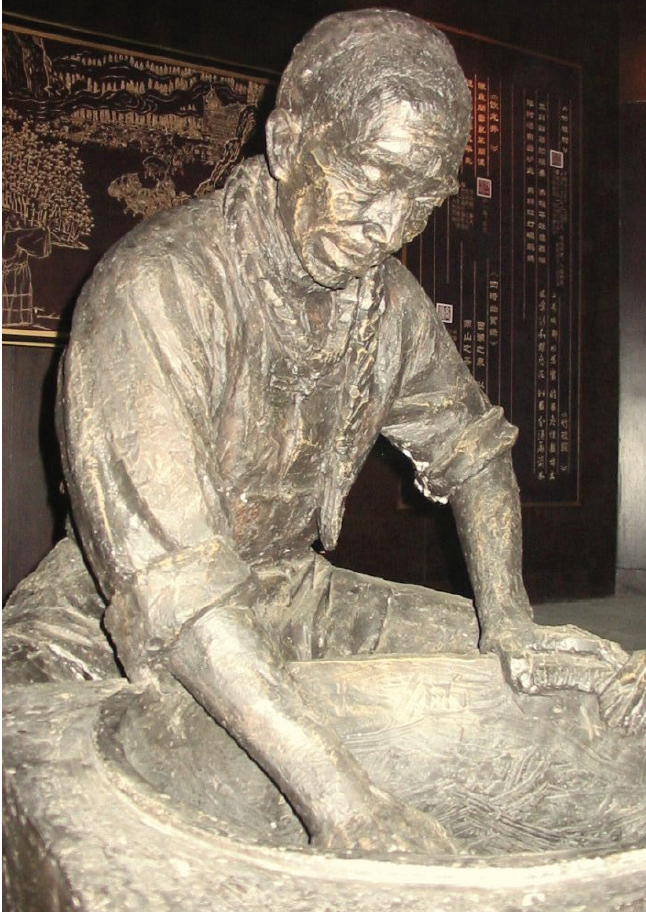 The “Well” of the tea is a local well in the West Lake area of Hangzhou, China. Two different legends exist around the “Dragon” part of the name. In one story, the residents of the town believed that a dragon lived in their well who was responsible for bringing them rainfall. They would plead with him to bring rain in times of drought. In the other story it is said that the wells were full of a very dense form of water. When the rains fell the lighter rainwater resting atop the spring water swirled like a twisting dragon.

note that this was originally published in our printed magazine

Jason Walker publishes Walker Tea Review (walkerteareview.com). He has lived in China and traveled to tea origins in China and Taiwan. Jason writes for tea publications, books, and tea businesses.