Trending
You are at:Home»Travel»Exploring the Origins of Russian Tea Culture
By Anne-Marie Hardie on August 6, 2015 · Travel

Russian writers Tolstoy, Dostoevsky and Chekov each depict their own unique versions of Russian culture and ideology.  However, the one thing they all agree on is accepting and embracing Russian tea culture. Tea is so engrained in Russian culture there’s even an expression “to have a sit by samovar,” illustrating the social ritual of drinking a cup of tea.

Where does this practice come from? Who influenced Russian tea culture? For the past seven years, Audra Yoder, PHD candidate, has been working on unveiling these secrets. Two things are certain though; neither tea nor the samovar were Russian in origin.

First encountered by Russian diplomats in Mongolia and the Chinese Empire, tea was brought over by camel convoy.  Despite most of the tea coming in from China, Yoder believes it was Western Europe, mainly the Dutch and English, that helped create the existing Russian tea culture: including the beloved samovar.

“The samovar is the single biggest mystery in all of my research,” said Yoder. “No one actually knows when and where the samovar was invented. The word ‘samovar’ is etymologically Russian meaning ‘self-boiler’.  The device itself, I’m actually creeping closer and closer to being able to prove that the English invented it.”

Yes, the English. And Yoder is not the first scholar to state this. In fact, her research is supported by scholar Anthony Glenn Cross in his book By the Banks of the Neva: Chapters from the Lives and Careers of the British in Eighteenth-Century Russia.

The hypothesis that the samovar may have an English origin is backed by the technological growth in England in the late sixteen eighties.  This is the time when both the English and Dutch manufactured the first vessels to brew tea and coffee. 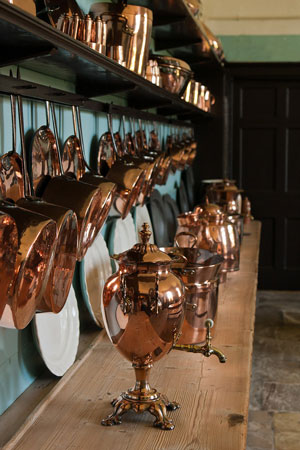 A samovar is more than a simple kitchen appliance, ranging in size from one liter to 400 liters, these containers are used not only for their function but also for their beauty. Literally meaning a self-boiler, samovars are heated metal containers with an internal pipe and portable heater designed to boil water. There is usually a circular attachment surrounding the chimney, which is designed to hold a small tea pot (used to brew the tea herbs).  Traditionally samovars were heated with coal or charcoal; however, today most samovars use electricity (similar to an electric kettle).

The first samovar may have arrived in Russian in the second decade of the 18th century in the arms of Peter the Great.  Fascinated with European culture, Peter the Great undertook many reforms designed to make the Russian empire function socially and economically more like Western Europe. Yoder thinks the samovar was one of the European trappings the Russians readily embraced.

So why do we associate samovars with Russia instead of England? Well for one thing, Yoder says this self-boiler just seemed to make more sense in a Russian home. In Western Europe most homes were equipped with an open fireplace and later a cook top stove. These kitchen appliances made it easy to boil water, eliminating the relevance of a samovar. 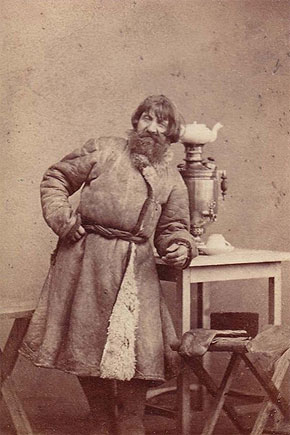 However, Russian homes were heated with a giant Russian stove; there wasn’t an open fire anywhere, making it challenging to boil water. So for Russians, said Yoder, the samovar simply became the most practical way of making tea.

Samovars were readily adopted in Russia, with the city of Tula becoming the center of Russia’s samovar production, from 1740 until the revolution in 1917. After the revolution, shares Yoder, samovar manufacturing did start to grow again but never quite reached the level it once was.

Today, most people in Russia use tea kettles in their homes, but  you may still find a samovar in the countryside or treasured as a family heirloom. For the beverage itself, black tea remains their drink of choice, often adding either lemon, sugar or even fruit preserves to enhance the taste.  “I would characterize tea drinking as a warm and comforting part of every day existence in Russia,” said Yoder. Although drinking from a samovar has become largely  a relic, the tea drinking culture in Russia is still a critical part of Russian life.

note that this article was previously published on October 9th, 2014