You are at:Home»Travel»Ah, the French and Their Tea
By Anne-Marie Hardie on September 26, 2014 Travel

In the country of romance, wine comes to mind more readily than tea. But did you know the French have been tea drinkers for centuries?

It’s a little known fact that the French may have actually adopted the practice of drinking tea before their close neighbors, the British. As early as 1639, the Cardinal Mazarin regularly consumed tea to treat his gout. Tea was quickly adopted by the wealthy, and enjoyed at the French courts. The French adored the elegance of a cup of tea, choosing pristine china and gastronomic delicacies to pair with this healthy beverage. 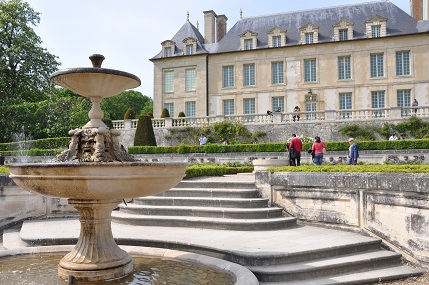 Learning about its benefits, King Louis XIV eagerly drank tea to treat his gout and for overall health. The bourgeois became completely enamored with this warm liquid, making it a welcome part of their day. Tea was consumed by the cupful; regular court attendant Madame Sévigné reported to her daughter that the Princess de Tarente drank at least 12 cups a day. So what happened? Why do we think of the British instead of the French as the loyal tea drinkers?

Unlike with the British, tea didn’t trickle down to the public. The practice of tea drinking in France remained in homes of the elite. And so, tea was seen as a thing of decadence and indulgence. When the divide between the rich and the poor grew in the 17th century, the popularity for a cup of tea vanished. Some authors joke that tea drinking suffered the same fate as Marie Antoinette and King Louis XIV; seen as a drink of the elite, it too met the guillotine.

However, tea drinking didn’t completely disappear. Companies like Mariage Frères, founded in 1854, were selling tea and vanilla to hotels, fine food stores and the aristocracy. Tea drinking also started to penetrate into French homes with most modeling their beverages å la anglaise; drinking it with milk and sugar. However, for the majority of homes in France, coffee became the hot beverage of choice. 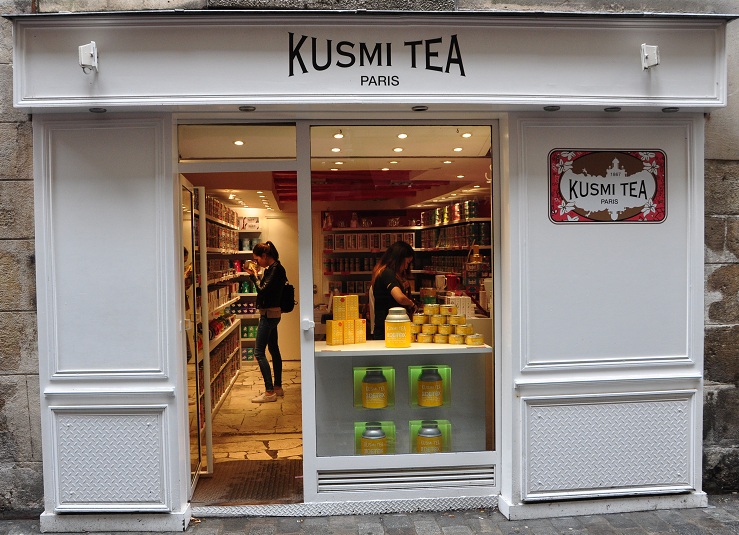 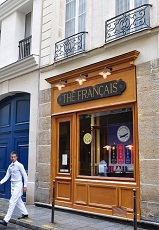 Over the years France became a nation of cafés and bistros, known for their delicate pastries and wonderful cuisine. Finding a good cup of tea became a bit of a challenge. Fortunately that only lasted until the mid nineteen eighties, when there was a push to lead a healthier life style. With this movement, tea came into vogue once again. But this time, it was different.

The French wanted more from their cup of tea, and the industry willingly obliged. The stronger flavored teas embraced in England didn’t appeal to the French palate. And so companies in France sought to offer something different. “Traditionally, we were influenced by the British in terms of tea, people in France drank mainly black tea or milk with tea,” said Aurélie Bessiere, Palais des Thés. “Today, that has changed.”

In 1984, Mariage Frères shifted from exclusively wholesale into retail, offering tea tastings and awakening the palate to the nuances in a cup. The Palais des Thés opened their doors just two years later, expanding options for the French consumer. They were not only offered a large selection of tea but an education. Terroir, climate, aroma and infusion, all became a part of the tea conversation. Tea became much more than a simple hot drink. There was depth to this beverage and that appealed to the French consumer.

If you’re seeking out a unique blend, head to France. Tea shops like Dammann Frères, Mariage Frères and Palais des Thés are all searching for that perfect tea. In these boutiques you will find hundreds of teas, but better yet, you will hear their stories.

Tea Muse: Tea and the Guillotine
The World in Your Teacup
Steeping Times: History of Tea In France
History.com: French Revolutionaries Storm Bastille