You are at:Home»About»The Daily Tea Advisory Board 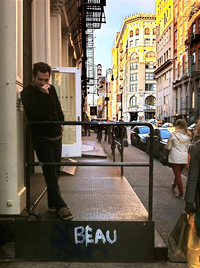 Beau Bernstein
Beau’s mother, who lived in Japan from the age of 9 to 14, had made sencha drinking a simple and unadorned fact of life in the Bernstein home. From his earliest days he grew up surrounded by Japanese objects and tea, and this milieu has engendered the privilege of aligning himself professionally with camellia sinensis for over a decade.

He served as a marketing director, a brand manager and an ecommerce chief for a range of natural and organic brands including TEAS’TEA, Oi Ocha and Rishi Tea. He is currently the director of marketing for one of the world’s foremost purveyors and suppliers to the tea trade, Haelssen & Lyon. 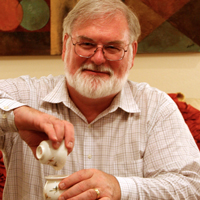 Dan Bolton
Two pitchers of iced tea accompanied lunch and dinner in every season for his family of nine, but it was late in life that curiosity led Dan Bolton to discover the origin of tea. Now he travels the tea lands to learn first-hand how tea makes its way to the table. 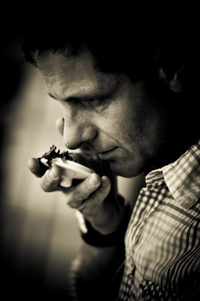 Kevin Gascoyne
British taster Kevin Gascoyne was weaned on tea and has been buying it in Asia since 1989. Since 1993 every Spring has found him up in the Himalayas, obsessively sourcing the finest, seasonal leaves of the region. Over the years his passion for the black teas of India has spread to the plantations of many other countries.

In Canada he co-owns, runs and shopkeeps the Camellia Sinensis Teahouses and Schools of Montréal and Québec City. He and his fellow tasters travel to the tea gardens of Asia each year to source their internationally renowned catalog of rare and collectibles.

Kevin, having written for publications in the U.K., Canada, the U.S.A. and Japan, still pops up in various publications and has co-authored a couple of prize-winning tea books including Tea: History, Terroirs, Varieties. Kept busy with a wide range of workshops, conferences, seminars, research and field-consulting activities in North America, Africa, Europe and Asia, his colleagues claim that Kevin’s daily tea consumption compares to the flow of some small rivers.
Website: Camellia Sinensis Teahouses 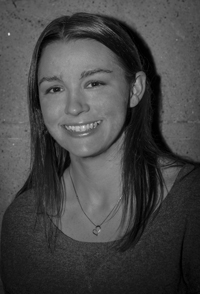 Nicole Martin
Nicole has been drinking tea for as long as she can remember. In college she discovered the wonderful world of loose leaf tea and has never looked back.

For over five years she has been sharing her experiences on her blog, Tea for Me Please. She is also a sales associate with Løv Organic.

When she isn’t drinking tea you can find her leading her Girl Scout troop on their next adventure.
Website: Tea for Me Please

Tony Gebely
Tony fell in love with tea while backpacking Asia. Since then, he’s been studying tea and promoting tea culture in Chicago. Tony specializes in tea classification and when it comes to puer, he can probably drink you under the table.

When he’s not drinking tea, you can find him enjoying a delicious craft beer with his wife Katie. Fun fact: Tony’s mother and grandfather were florists and his family owned a flower shop for over 50 years. He can identify an absurd number of flowers.
Tony on LinkedIn | Twitter | Facebook | Instagram
Get updates on Tony’s Tea Book