Matcha— it’s that magical, trendy, antioxidant-rich green powder that hit the health-conscious market hard, capturing the taste buds and Pinterest recipe boards of millions around the world. But what many may not know about matcha is its history. Where it comes from, how it’s farmed, its significance in Japanese culture, and how matcha tradition may be in jeopardy.

Although, there are some who have dedicated their lives to attempt to preserve that tradition. 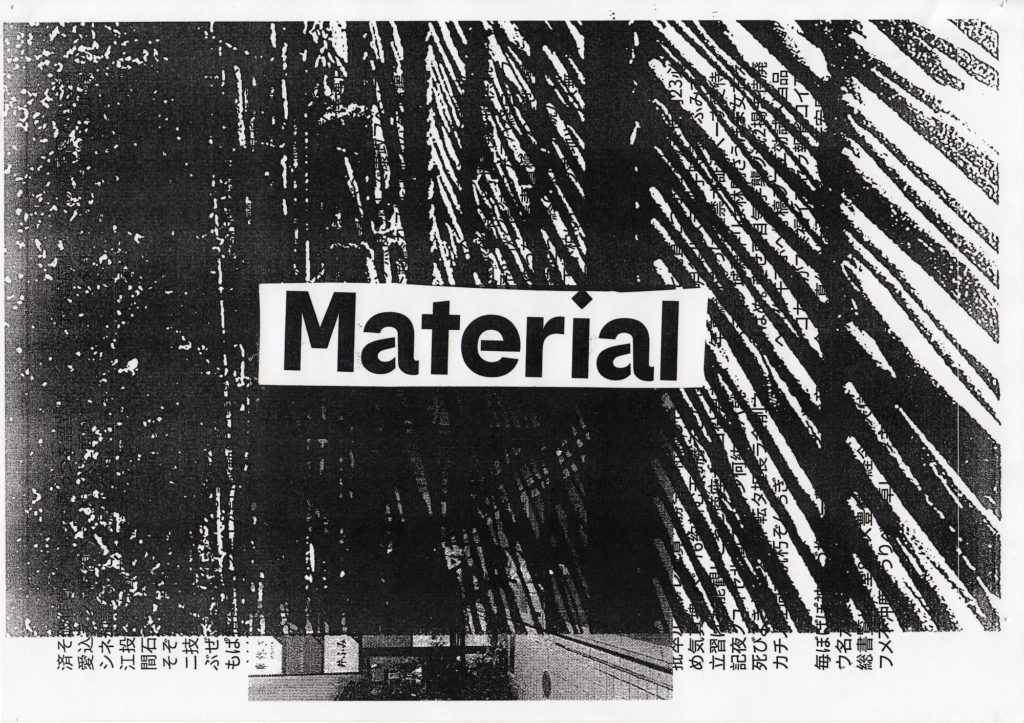 “Our mission is to create the most exclusive blends of matcha. We want to introduce very high-end matcha to the western world, who is used to consumimg medium to low quality matcha. Also, we try to pay a vibrant homage to Japanese minimalism and completely re-define tea ceremony as a modern, personal ritual.”

Morgan continued, “In February 2016, we went to a weekend in Uji and stopped at a friend’s in the oldest tea house in the world. He made us taste a delicious matcha and explained to us how this Japanese heritage was in danger.”

“We were trying to give meaning to our lives, to do something palpable and concrete.”

They learned that because the demand is so high for cheaper, lower quality matcha in the west, high-quality matcha is hardly ever exported outside of Japan. Thus, its production decreases from year to year. Moreover, the average age of Japanese farmers is about 65 and they have a very difficult time finding a successor.

The meeting in Uji helped them realize two things: it was necessary for them to create high-quality matcha accessible to western society BUT, it wasn’t going to be easy.

That didn’t stop them.

So, they got down and dirty with matcha, learning the traditions of matcha farmers in Uji. And after 15 months of hard work, learning traditional and artisanal techniques, earning the farmer’s trust, and building friendships, they launched a Kickstarter campaign. 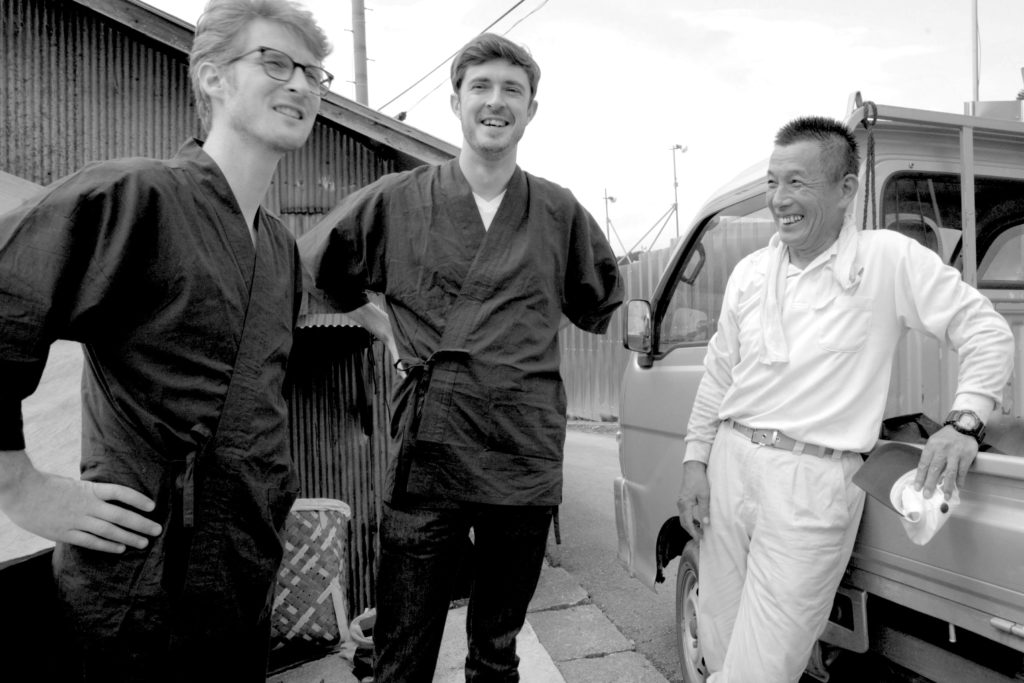 “Thanks to the Kickstarter we will be able to bring financial stability to farmers. In fact, generally, farmers are paid after the harvest when they deliver the tea leaves. Their whole year of work is played out in a few weeks, it is a great source of stress for them,” Morgan continued, “It is essential that they have peace of mind.”

The Kickstarter campaign will allow them to purchase a year of harvest in advance, providing farmers in Uji with financial stability. This way they can concentrate on the quality of production.

But, the funding was only part of the battle. They had to become masters of the land and the taste bud. 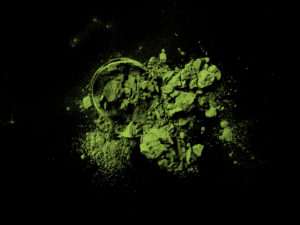 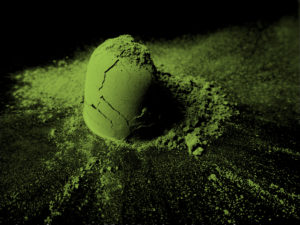 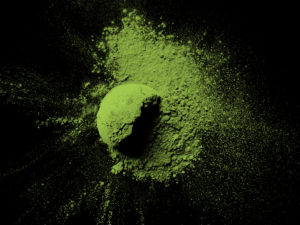 “The work of tea is indeed a hard job and cannot be done without passion. You have to take care of your fields in the middle of the winter when it’s raining or cold. We spend a good part of the day down and in the evening we have back pain. During the harvest in May, it is often very hot and humid, we sweat a lot, we are soaked,” Morgan and Etienne continued about farming, “The harvest is a great moment of stress because from one plot to another we have just a few hours to harvest everything. It is a physical job, in sometimes harsh weather conditions and in the end the salary is much lower than a person who works in an office comfortably sitting on a chair.”

Even after the work of the harvest is complete, they still have to craft unique matcha blends to offer to customers. As they learned, taste is complex.

“Blending has given us the most difficulties but also the greatest satisfactions. To assemble the different cultivars to arrive at the desired result is extremely complicated, it is necessary to test and to test again, and this takes hours upon hours of experimenting. And then after many tests, finally we have the magic feeling of having found the right dosage and it is a real feeling of satisfaction.”

Although they had to try, try, and try again, the process of trial and error was worth it to find three blends they felt could represent their mission. 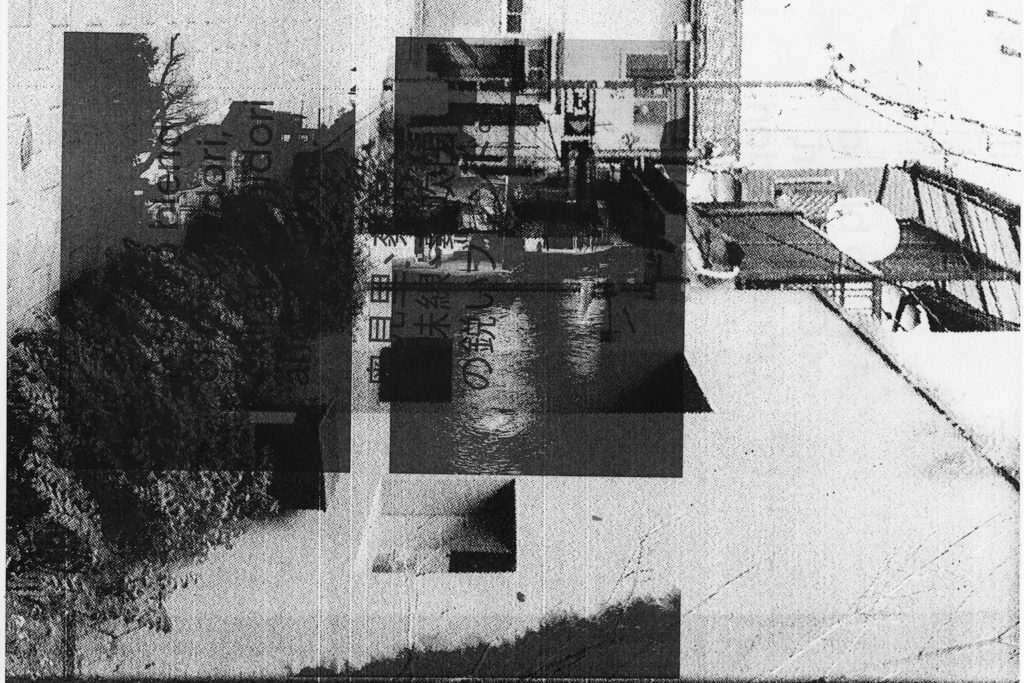 “From the beginning, we wanted to offer 3 blends in order to propose a various profile of texture, flavor, and Umami. We wanted to make people discover several flavors of Matcha,” Morgan and Etienne continued, “I think we really tried to push in 3 directions blending different varieties as far as we could, given that we reach a very high standard of taste in all cases. It’s hard to pick a favorite when you actually conceived each of them as something you love!”

Both Moran and Etienne have definately come a long way but their journey is far from over. Be sure to follow them as their mission progresses. @material.matcha (Instagram) or @material_matcha (Twitter)