You are at:Home»Taste»Japanese Vs. Chinese Green Tea
By The Daily Tea Team on May 28, 2017 Taste

Green tea has some serious street cred and has been praised for all of its health-promoting benefits innumerable times. Everyone knows that drinking green tea provides antioxidants and EGCG, stimulates the metabolism, and cleanses the body. But, when it comes to drinking green tea, the varieties may become overwhelming. Tea is an art form in the Eastern world. There are many different factors that go into the final product, from cultivation techniques to curing techniques, the subtle differences make a big impact on the flavor of your cup of green goodness! The two major green tea producing powerhouses are China and Japan. There are some major differences between their methodology. Regional traditions also mix it up and further diversify the selection. Let’s check it out! 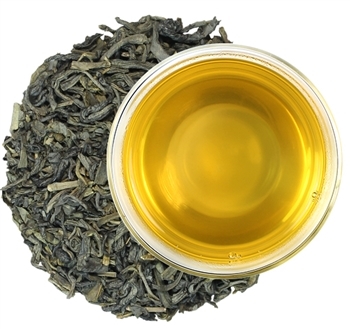 China is the undisputed juggernaut in the tea growing arena. The sheer volume of tea that they produce crushes the competition. China grows and manufactures every variety of tea and has a very diversified portfolio. They produce a lot and they produce it well. Historically, China was the seed of the worldwide tea obsession, and the first to cultivate and export it to the rest of the world. We could say that tea first got its roots in China!

In peak growing season, two young leaves and a bud are harvested by hand. Chinese tea gardens are huge and expansive, stretching out over the sides of rolling hills. A harvest season is called a “flush.” During the flush, there’s a fresh supply of buds roughly every two weeks. Once the leaves are picked, the processing begins. It’s at this point that they get their unique characteristics! Many Chinese green teas are solar-withered in a large room with glass ceilings. This step in the process dries out the leaves and stops any oxidation. The leaves are then transferred to trays where they are spread out for the second round of evaporation.

One of the most popular and (arguably) most delicious green teas from China is Longjing, which translates to Dragonwell. The peak season for Dragonwell harvest is only a month long! The quality of the leaves from pick to process is a top priority for this highly-regarded varietal. Once the leaves have been sufficiently withered, they are pan-fired by hand in a large bowl that is reminiscent of a wok. All of this meticulous craftsmanship really pays off. A cup of Dragonwell is a smooth and luscious sensory exploration. The leaves are broad and flat as if they have been run over by a steamroller. Even investigating the individual leaves is a treat, as they are each unique. The liquor brews to a light golden hue. The smell is rich and buttery. But, the taste is

where it truly shines! Nutty and smooth with little to no detectable astringency, Dragonwell is a glorious cup of tea.

Many popular varieties of green tea are produced in China, including the standard Gunpowder and Hyson. These leaves are rolled, which is the more common shape of green tea leaves cultivated in China. Rolling the leaf forms a shape reminiscent of a corkscrew or small ball that unfurls as it steeps. Most green teas that you will buy will be of Chinese origin. The volume of tea produced and distributed from China dwarfs the competition. However, Japan is a small but mighty competitor. So, is the grass really greener on the other side? 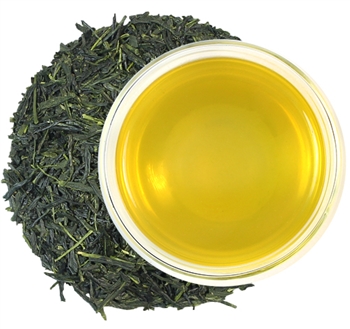 In fact, it is. Japanese green teas have a tendency to steep to a much greener brew. Greener in this context is not to be automatically construed as better! High-quality Japanese teas are shade grown in order to disturb the photosynthetic process and retain more chlorophyll within the leaves. The end result is a tea that is high in amino acids which are responsible for the coveted umami flavor which so popular in Japanese cuisine.

Chlorophyll has a high nutrient density and is the component in leafy greens and plant foods that are super beneficial for the body. It helps to strengthen the body’s immune defense and help to cleanse the blood. As a land mass, you can fit about 25 Japans into China. This simple fact means that Japan’s growth operations are of a much smaller scale. Since the plants are closer together, much of the tea harvesting in Japan is done utilizing advanced clipping machines with huge vacuum attachments. The leaves are then sorted through a lot of other cool gadgetry.

The Japanese tea curing process is done via steaming as opposed to withering and pan-firing. Despite the fact that China has about four millennia more experience in tea growing, Japan has perfected the art and produces teas that are very highly esteemed. They grow very specific niche varieties, and nearly all of the teas that they manufacture are green. They are also huge fans of their tea, only exporting a minuscule 2% of their total national production.

Japan’s most popular exported tea is Gyokuro, a super-dark emerald leaf with a rich vegetal flavor. Gyokuro has a satin-like mouthfeel and a rich body. The leaves brew to a light green liquor. The flavor is delicious and can almost be described as savory. It has sweet tones and a very distinct profile.

Japan and China are heavy-hitters in the tea world. They both produce teas that are worth exploring. There are so many subtle complexities that make a cup of tea a truly incredible experience for the palate and the rest of the sensory organs. Whether the nutty flavor of Chinese teas appeals to you, or the hyper-pigmented green leaves of Japan, your mug will be filled with beneficial properties that enhance your health. 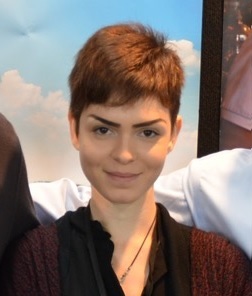 Paloma is a health and wellness writer. A tea nerd and certified yoga instructor with a hippie heart and an analytical mind, she seeks to uncover the logic behind the good feels. Having worked a variety of jobs in the tea and yoga industries for over 7 years, she’s picked up a little bit of healthy info along the way. She loves to share it and spread the good word!