Trending
You are at:Home»Taste»Tea Tutorial: Pu-erh Tea
By Nicole Martin on February 2, 2016 · Taste

Pu-erh tea is the last frontier for many tea drinkers. Its long, storied history and unusual taste can make it very intimidating. Getting to know the basics will help clear things up a bit.

For starters, pu-erh tea can only be found in the Yunnan Province of China. This region is known for its incredible biodiversity as well as the 25 ethnic minority tribes that call it home. The tea trees here are a larger leafed variety and can grow to over 60 feet tall.

Pu-erh is made in both compressed and loose leaf forms. Compressed shapes can vary from large bricks and cakes to bite sized buttons. The flat shape of cakes made them easier to transport. At one point in time, pu-erh was used as a form of currency. A trade route called the Ancient Tea Horse Road was used to transport cakes of tea to Tibet in order to trade with the nomads for horses.

There are two varieties of pu-erh tea, Sheng and Shu. Sheng is referred to as raw pu-erh because it has an earthy, vegetal flavor that is closer to green tea. The leaves are allowed to retain their natural enzymes allowing to them to age over time. Shu is often called cooked pu-erh because of its dark color. It has a very earthy taste often described as tasting like a forest floor. It’s created using a carefully controlled microbial fermentation process. 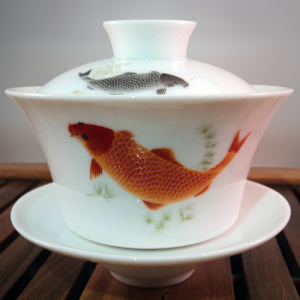 It’s a common practice to do a quick rinse of pu-erh leaves before drinking. This removes impurities and allows the leaves to open more easily. Pu-erh tea really shines when brewed in a concentrated way so gaiwans and smaller teapots like yixing are the way to go. Boiling water and progressively longer steep times, starting around 15 seconds, are usually recommended. Pu-erh can yield upwards of 10 infusions when brewed this way. 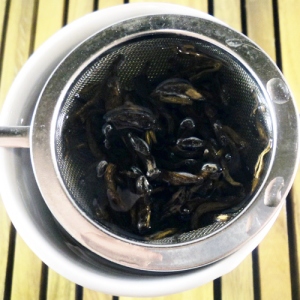 The brewing parameters for pu-erh are very similar to black tea when brewing in a western fashion. Infuser baskets, tea pots or gravity steepers will all get the job done. Steeping 3 to 5 minutes with boiling water will work well for most teas. Raw pu-erh can become very astringent when brewed for too long so you’ll want to be careful not to overdo it. Cooked pu-erh is a bit different in that it rarely gets bitter when brewed this way.

note that this post was originally published on dec 9th 2014