Trending
You are at:Home»Travel»5 Things You Probably Didn’t Know about British Tea Culture
By Luke DeVille on August 18, 2014 · Travel

Offering a teen’s perspective, fourteen-year-old Luke DeVille brings his unique insight to interesting tea topics. We’re glad to know teens enjoy tea and are happy to share his writings with you.

“British Tea Culture, we all know it exists, we all know it’s important, but what exactly does it mean?” asks Chicago tea enthusiast Tony Gebely. To answer his question, I discovered lots of new facts about British Tea on my recent vacation.

Here are a few of the things I found out: 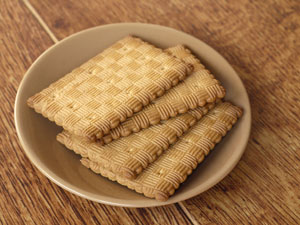 Throughout the years, various people have had different opinions on tea and Britain. However, they can all agree on one thing, that tea has been and will always be a part of the U.K. It seems that a cup of tea or a “cuppa” as they call it, solves everything from sickness to crisis. From the cups to the connoisseurs, Great Britain truly is one of the tea capitals of the world.

Hi, I’m Luke DeVille. I’m 14 years old and I am currently a freelance blogger for the Daily Tea. So far, it has been a great privilege and a fantastic experience being with the Daily Tea and I hope you all enjoy my work for the next few weeks. Growing up in a very musical family, I play guitar, piano, bass, and drums and also perform with a rock band every so often. I’m very fond of animals as well and have quite a few pets at home. For me, tea has always been a part of my life because I have a large British ethnic background. Whenever I visit my family in the U.K, we always catch up and talk over a cup of tea. To us, tea is more than a drink, it’s a way of life.