Trending
You are at:Home»Travel»A Bridge With a View
By The Daily Tea Team on August 25, 2015 · Travel

Shimada, Japan (Shizuoka Prefecture) is home to the world’s longest wooden foot bridge, as well as beautiful expanses of tea fields. The new tea leaves emerge in May, adding vivid color to the landscape, as Mt. Fuji sits distantly in the background. The rich tea culture in this area of Japan was brought about only after the invention of a new processing machine, allowing mass production. The Horaibashi bridge was built originally to allow workers to reach the tea fields. It is still used today by people heading to work, though it now sports concrete columns after being washed away numerous times in the past. The bridge itself is still crafted from wood. If you plan on visiting Japan in the future, be sure to mark this as one of your destinations. 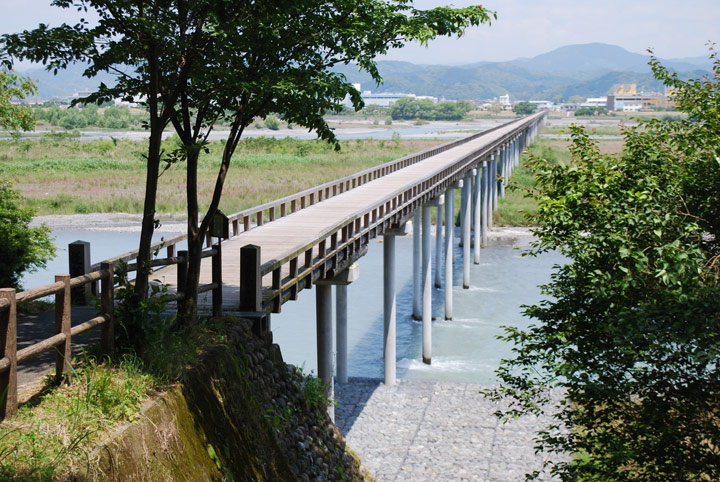 Learn more about the bridge and Shimada’s history and culture.

Note that this article was previously published on June 11th 2014