Trending
You are at:Home»Travel»Tea Around the World
By Jennifer Billock on August 3, 2015 · Travel

note that this article was previously published on July 29th, 2014

Tea is more than just an everyday drink. In virtually every country around the world, you’ll find a unique tradition for enjoying that daily brew. So, all you armchair tea travelers, grab your favorite mug and get ready to steep. Here are some of our favorite global tea traditions. 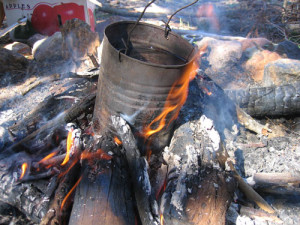 Australian Billy Tea A brew in the outback is the stuff of legends. The process originated with miners and outback explorers who would carry cans of corned beef (called bully beef). The cans came to be known as billies or billycans. Once the meat was gone, they’d add a handle to the can and use it to boil water over a campfire. They added tea, and thus billy tea was born.   And what would tea in the outback be without a sense of danger? The truly dedicated billy tea brewers have a ritual all their own—that may or may not leave you scalded by boiling water. Here’s what you do: 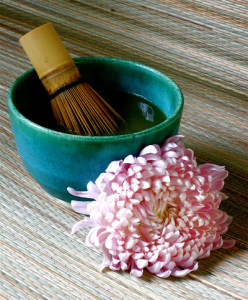 Japanese Matcha If you’re seeking Zen from your cup of tea, matcha is practically a requirement. The powdered green tea found its way to Japan in the late eleven hundreds by a Chinese Zen monk and became the focal point of the revered Japanese tea ceremony. Participation in the subdued festivities is meant to elicit a meditative state in drinkers, celebrating the present moment and seeing ordinary things for their extraordinary qualities. Do your own ceremony and brew a complex cup of matcha Utensils: 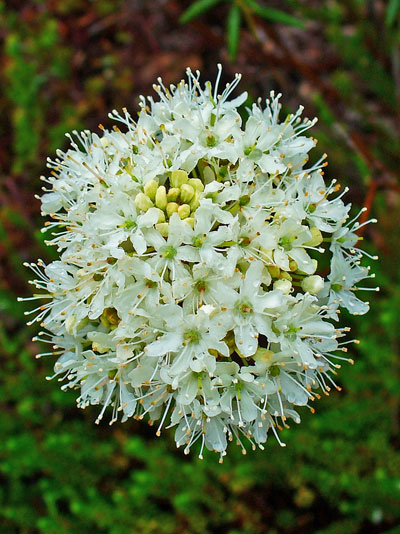 Canadian Labrador Tea The name may remind you of cuddly puppies, but this pioneer tea has a vicious reputation. Supposedly drinking too much of it can cause a myriad of health issues, eventually resulting in death. But don’t worry—documented cases of death by Labrador tea are few and far between. It has been known to poison livestock though, so keep the pets away. That, and the fact that the tea leaves were hung in closets to repel ghosts, might be the cause of those fatalistic rumors. In any case, the brew is frequently enjoyed in Canada and has been since settlers showed the Native Americans how to use it for tea instead of medicine. It evolved from that point to be a staple in pioneer households, where every homesteader created their own blend. The gold-colored tea is meant to be served weak; that will yield the best flavor. It tastes pretty bland though, so go ahead and mix it up with some other teas to enhance the cup. 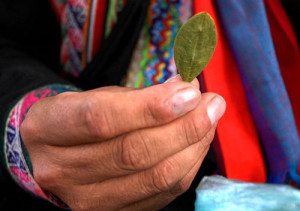 Coca Leaf Tea So you want to hike the Inca Trail and check out Machu Picchu? Be sure to bring some coca leaves with you. The tea supposedly acts as a cure for altitude sickness. Just pour hot water (never boiling!) over several of the dried leaves. Steep for a few minutes and then enjoy a cup that’s similar to green tea but a little sweeter. Beware! Don’t try to bring this tea into the U.S. —coca leaves are illegal in the states because they come from the same plant as cocaine. Somali Shaah Somalia has its own tradition of afternoon tea, known as casariya. It’s very much an event shared with family, friends, and sheeko—fun stories told by your companions. Every brewer’s tea tastes different. What doesn’t change is that you’ll always be served shaah. Cardamom, clove, cinnamon, ginger, and sugar spice up this black tea—and it is never served with milk, especially after a heavy meal. Swedish Soderblandning Tea This Scandinavian country’s favorite tea was created by accident. One day in 1979, Swedish tea shop owner Vernon Mauris was working on a new blend. Perhaps by serendipity, an extra ingredient managed to fall into his mixture. Mauris didn’t want to dispose of the now-incorrect blend. Instead, he brewed it, declared it “rather interesting,” and decided to sell it at his store. He initially named it Mistake Blend, but the name was changed to Soderblandning at a later street festival—the name roughly means “south Stockholm,” where Mauris’ store was located. The blend can now be found across Sweden, but the ingredients are up for interpretation. The base is generally a Chinese and Ceylon black tea blend with fruit and flowers added. Depending on where you get your tea, it could also include cornflower petals, berries, green tea, marigold, or orange rind. What’s the most unique ethnic tea you’ve tried? Let us know in the comments!