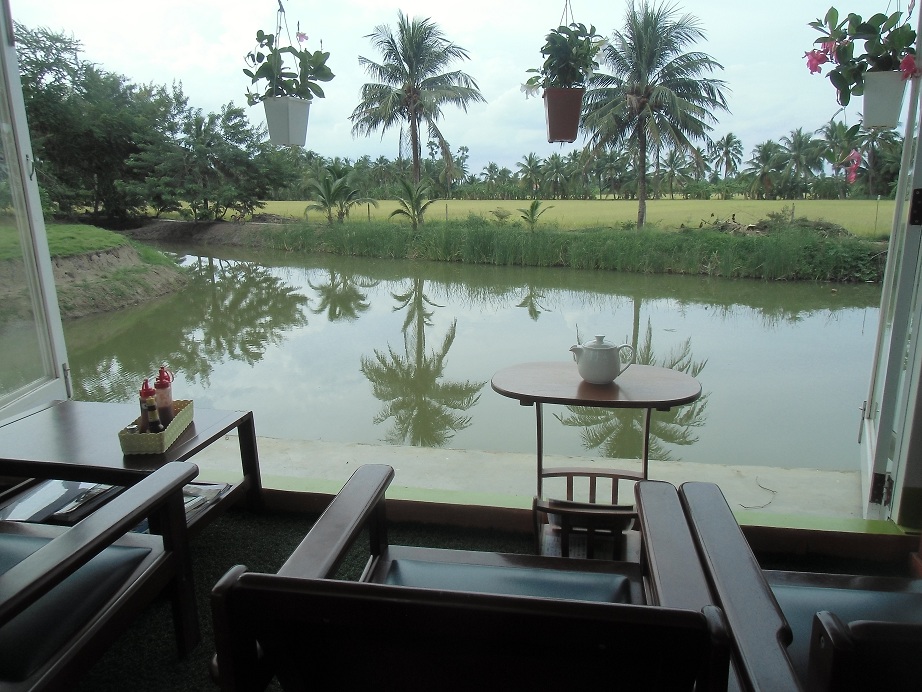 Thai tea culture, affected by globalization, has been evolving since I first tasted Thai tea twenty-seven years ago while serving as a Peace Corps volunteer. Tea and coffee time was unhurried within the Thai village where I lived for two years. The police chief, local school officials, other community leaders and villagers bonded in the two outdoor tea shops in the town market square. From early morn till late night, water boiled in a large battered metal pot over glowing charcoals. 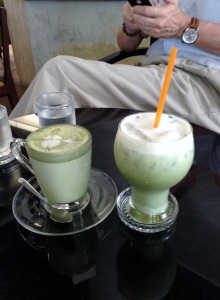 While drinking evening tea or coffee, we watched bats and moths zigzagging around glowing lampposts. Gossip and serious topics, such as malaria prevention and scholarships for poor children, were debated between cups. We usually drank the thick sweet tea that Thai people now call cha boran, meaning “ancient tea”. We sat facing each other on folding chairs or backless concrete benches around concrete tables.

Today, those tea shops no longer serve as loci of socialization for villagers. Face-to-face communication has declined, replaced by texting, writing Facebook posts, or playing video games, a trend that is becoming common worldwide. 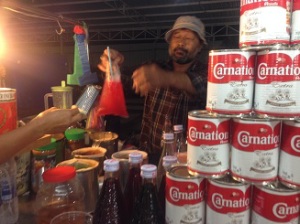 Another global trend is that the Thai tea I drank in my little village is now popular in luxurious Thai restaurants on several continents. However, few first-class restaurants or hotels in Thailand serve cha boran. Instead, guests choose from a selection of tea bags produced by foreign companies like Twinings, Lipton and Dilmah. Wondering why the traditional beverage is excluded, I asked numerous Thai people to explain. Their unanimous answer: cha boran is thought to be low-class. 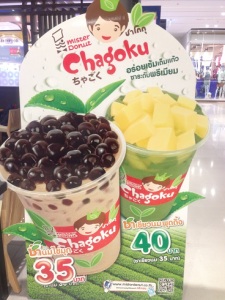 Thai Tea in the Mall

Malinee Kouptarat, a manager of the Five Leaf Co, Ltd, a local tea company, said that cha boran is declining in popularity among middle-class Thai people. Traditional Thai tea is often consumed by poor people who usually buy it from stalls in outdoor markets, on the roads, within bus and train stations, or in convenience stores. However, she added that cha boran is making a comeback among the affluent Thais who have traveled overseas. Kouptarat thinks the popularity of cha boran in luxurious Thai restaurants in other countries influenced the traveling elite to more deeply appreciate a creation of their own culture.

Another Thai woman told me that young people prefer Japanese green tea. Japanese green tea or “Japanese-style green tea” is sold in every convenience store, supermarket, and even the tiniest tea stall I recently visited. This green tea, though, is brewed to satisfy the Thai sweet tooth. Thai companies and Japanese companies, such as Suntory and Pokka, sell bottled sweetened green tea for the Thai market. These products would never sell in Japan. The sweetness overwhelms the tea leaf taste. 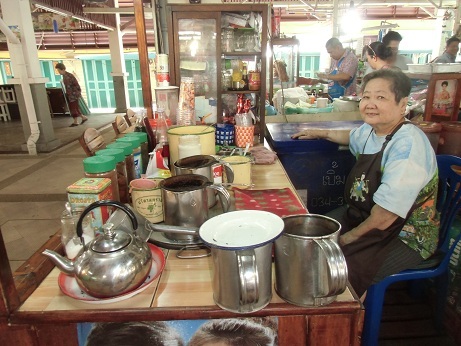 In Thailand, drinking and eating herbs for health was common before losing popularity to Western medicine, but herbal teas are having a resurgence. The 10th National Herb Expo held in Bangkok this September was crowded with companies promoting herbal teas, supplements, massages and organic foods. And the attendees were certainly trying them. 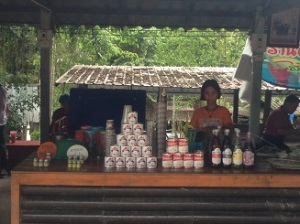 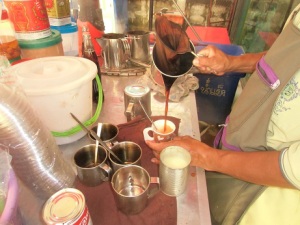 Mix It All Up

I tasted cha boran with Mucuna pruriens powder. According to WebMD, Mucuna pruriens is useful for treating Parkinson’s disease, arthritis, and other illnesses. The herbal powder is tasteless. In contrast, tea with jiaogulan, Gynostemma pentaphyllum, was a delicious mixture of bitterness and natural sweetness. The Five Leaf Company’s pamphlet claims that jiaogulan heals numerous ailments and also helps chemotherapy patients cope with side effects.

Nowadays, herbal, black, green, traditional and mixed teas from various countries stretch across the shelves of Thai supermarkets. Thai tea culture is becoming more diverse. The best route for travelers to learn more about Thai cuisine is to travel across Thailand, chat with locals, and experience beverages and meals served in a variety of eating and meeting places. 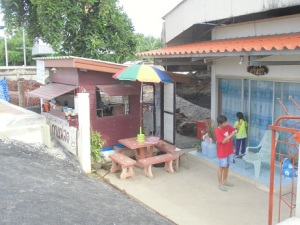 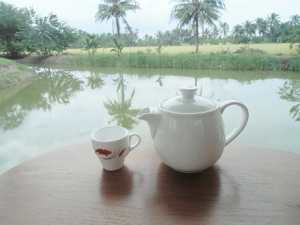 For All the Tea in Thailand 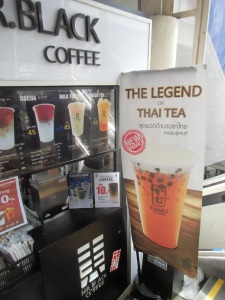 The Legend of Thai Tea 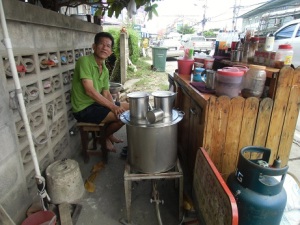 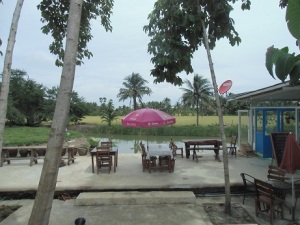 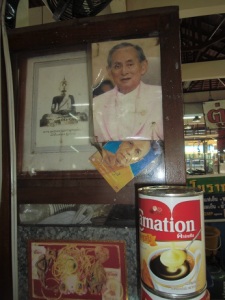 note that this article was previously published on Nov 13 2014

Greg has savored various teas in over twenty countries on four continents. Exploring multicultural perspectives of tea and other lifestyle choices brings zest to his life. Greg teaches cultural and global issues at a college in Shibata, Japan. He carries a thermos of Japanese green tea to classes, to mountain peaks, and to hot springs. In addition to studying, enjoying, and writing about tea and travel in Japan, Greg also blogs about Japanese hot springs.