You are at:Home»Wellness»Tea Remedies
By Kate Sullivan on June 23, 2016 Wellness

All of us would like to be healthier, but most people don’t want to take more pills. Instead of stocking up at your local drugstore, consider taking a trip to the tea shop. Infusions of various herbs have been used as natural tea remedies for millennia, and modern science has shown that many of these traditional treatments are both safe and highly effective. New research is also proving the medical merits of Camellia sinensis in all its forms—tea has a broad range of health benefits, and it’s far tastier than anything you’ll find at the pharmacy. Just remember that you should always check with your doctor before adding any tea or herb to your arsenal.

Read on for some delicious ways to give your health a boost.

Accidentally touched the kettle while making your tea? Ease the burn by cooling off your cup. To treat minor burns like scalds or sunburns, soak a dish towel in cool, strong black tea, then place gently over the hurt area. The tannic acid in black tea helps soothe the pain. For extra relief, you can make a poultice out of wet tea leaves. 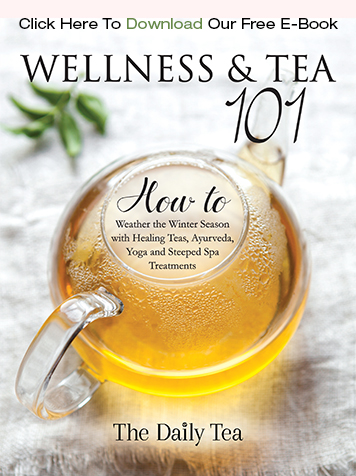 It might not be life-threatening, but having a cold or the flu can sure make you miserable. Take the edge off your next sick day with a cup of spicy chai—cinnamon and ginger, two of the spices that go into traditional masala chai, work wonders to fight bacteria and viruses, killing up to 80 percent of bacteria and some viruses. Pungent clove has analgesic properties, easing the pain of a raw throat. If you kick up your chai with a pinch of cayenne pepper, you’ll feel even better—spicy peppers act as an expectorant, breaking up congestion. Want to cut down how long you’re suffering? Add honey to your tea—a 2009 study by Jahrom University of Medical Science in Iran showed that taking four tablespoons of honey can reduce the duration of a cold by up to two days.

To make your own cold-fighting chai blend, try simmering a teaspoon of grated ginger, a cinnamon stick, five whole cloves, and half a teaspoon of crushed red pepper in two cups of boiling water for 15 minutes. In the last five minutes, take the water off the heat and add two tablespoons of loose-leaf black tea. Strain the mixture and stir in the juice of half a lemon and a tablespoon of honey. Sip and let the tea fight those microbial menaces!

If you think you got a bad piece of fish at dinner last night, try tea and toast…but make sure to burn the toast! The charcoal from a really crispy, blackened piece of toast works with the tannins in strong black tea to neutralize the toxins making you feel sick, according to Georgianna Donadio, PhD, director of the National Institute of Whole Health, a holistic medicine certification group.

To avoid food poisoning in the first place, consider drinking green tea with your meal. The catechins in green tea have a powerful antibacterial effect; according to one study at Showa University in Japan, these helpful chemicals destroy significant percentages of E. coli and other bacteria. Another study showed that green tea is effective at inhibiting salmonella, another common food poisoning culprit.

Suffering from tension headaches? Rosemary helps dilate blood vessels and keep them dilated, easing the constriction that causes many headaches. Just steep one or two teaspoons of lightly crushed fresh rosemary, or one teaspoon of dried rosemary, in a cup of boiling water for 10 minutes, then sip.

For many people, caffeine helps relieve headache pain by controlling blood flow. So keep that teacup full—black, green, oolong, and white teas all contain varying amounts of the helpful buzz-booster!

If you suffer from migraines, keep ginger tea handy, or make your own by steeping fresh sliced ginger in boiling water for 10 minutes. Research in Denmark shows that ginger can both prevent and treat migraines. More recently, a study conducted by an Iranian university showed that a strong dose of ginger was just as effective as a dose of sumatriptan, also known as Imitrex, a leading prescription migraine treatment.

Worried about your blood pressure? Drink more black tea! An Italian study on patients with hypertension conducted by Dr. Claudio Ferri, director of the School of Internal Medicine at Italy’s University of L’Aquila, showed a drop in blood pressure among subjects who drank black tea. According to Dr. Ferri, “drinking as little as one cup of tea per day supports healthy arterial function and blood pressure… Drinking tea could help reduce significantly the incidence of stroke, heart attack, and other cardiovascular diseases.”

If you’re suffering from heartburn but don’t want to give up your favorite foods, add a cup of tea to your meal instead. Green tea helps improve digestion, and the extra liquid can help dissipate an accumulation of stomach acids. Need more help? Add turmeric to your tea. This bright yellow cousin of ginger helps stimulate digestive juices, preventing acid buildup. Consult your doctor if you’re already on an acid-reducing medication, though—turmeric can interfere with some popular prescriptions.

Tea of any kind helps when you’re stuffed up. The warm steam from your cup opens up your nasal passages, making it easier to breathe. For extra oomph, try thyme tea. Thyme is a strong antiseptic and has great drying properties, helping clear up your stuffed sinuses. Peppermint contains menthol, another substance that can open up nasal passages. When you sip peppermint tea, the menthol wafts up into the sinuses and helps to decongest them.

To clear up a stuffy nose, steep a teaspoon of thyme, either fresh or dried, and two teaspoons of dried peppermint in a cup of boiling water for 10 minutes. In the last five minutes of steeping, add two teaspoons of green tea for an antioxidant boost. Strain, then inhale the vapors while sipping slowly.

When you have a raw, scratchy throat, the last thing you want to do is think about swallowing. But sipping a cup of herbal tea could ease that pain and help you recover faster. Mint helps reduce the pain that comes with a sore throat. Add some clove for additional pain relief—it has strong numbing powers. Licorice coats and soothes; it has mucilaginous properties, which means that it clings to your scratchy throat and eases irritation. A study in the British Medical Journal showed that a tea of licorice root, elm bark, and marshmallow root was effective at easing throat pain.

Meanwhile, the flavonoids in oolong and green teas reduce swelling and inflammation, treating the cause of your sore throat.

Don’t use your good sencha for this—you need to steep the mixture for a long time at high heat to extract the most beneficial chemicals, but doing so will ruin the taste of a delicate tea. For the best treatment results, consider using matcha instead of green tea leaves; because matcha is made from ground whole leaves, you get more of the helpful compounds in the final drink. Just steep the peppermint and cloves in boiling water for 15 minutes, then whisk in the honey and matcha.

You brush and floss after every meal, right? Of course you do! But even the most diligent of us can get a cavity from time to time. To protect your teeth, drink up! Black tea contains fluorides, which strengthen tooth enamel. In addition, a recent British study demonstrated that drinking three or more cups of black tea every day helps prevent tooth decay by reducing the amount of bacteria in the mouth.

Already have a cavity? Soothe a toothache by brewing a strong cup of tea infused with clove; steep five or six whole cloves with your black tea before straining. Swish with the tea, or soak a cotton ball in the clove tea and hold it to the affected tooth.

Nausea, indigestion, bloating, gas—we all suffer from them sometimes, and they’re always misery-inducing. A few simple sips can help lessen your discomfort, though. Chamomile and peppermint both work to calm muscle contractions in the stomach, easing cramping or pain, while ginger has been used to reduce nausea and bloating for centuries.

For a really bad upset stomach, try this remedy: Boil a quarter-cup of white rice in three cups of water for 15 minutes. In the last 10 minutes, add two tablespoons of dried chamomile, a tablespoon of dried peppermint, and a teaspoon of grated ginger to the simmering pot. Strain and sweeten with a touch of honey.