You are at:Home»Wellness»Four Herbal Teas to Help You Survive the Holidays
By Carrie Keplinger on November 25, 2015 Wellness

In case you haven’t noticed, the holidays are almost here. Yes, I do say that sarcastically, especially considering that the people down the street put up their Christmas lights a month ago.

Anyway, we have a lot of festivities coming up in the next few months, starting with Thanksgiving and ending with New Year’s Eve. And if you’re at all human, you’re probably going to overindulge on food, alcohol, or sweets at some point during the season (I pretty much just plan on it).

By now you’ve seen research and heard folk tales of how tea can help you stay slim and detox your body. However, as we’ve mentioned before, you can’t detox with just tea—you’re going to need to do a little extra work. To help you out, here are four herbs that can lend additional detoxification benefits. 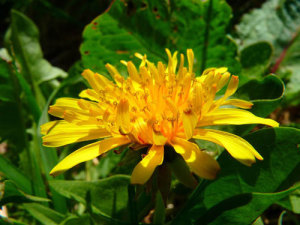 Ah, the humble dandelion, revered as a medicinal plant long before we attempted to oust it from our lawns. Historically a treatment for liver and kidney diseases, it has been used in both Native American and traditional Arabic medicine; the root is actually a registered drug in Canada.

The draw: it increases urine production, helps to stimulate the gallbladder, works as a digestive tonic, and helps keep the blood clean of toxins so the liver doesn’t have to work as hard. To top it all off, dandelion is a rich source of vitamins A, B, C, and D. The root and the leaf have different properties, but both are beneficial. 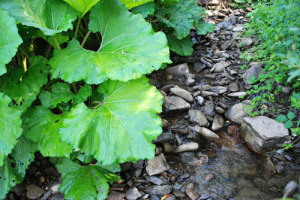 Dandelion’s cousin, burdock, is another powerful blood purifier, diuretic, and antioxidant. It contains inulin, which acts as a prebiotic and helps to reduce both blood sugar and cholesterol. It’s also a source of electrolyte potassium as well as a boatload of vital minerals and vitamins, including iron, magnesium, folic acid, and vitamins E and C.

Burdock root is used to treat bladder infections and liver disease, but trivia buffs will enjoy knowing that it’s a popular food in Japan called gob. 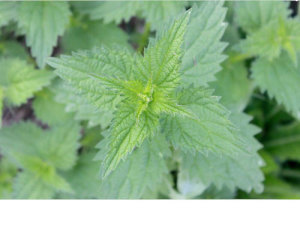 After dandelion, stinging nettle leaves are probably the most well-known herbal remedy for flushing the urinary tract and kidneys as well as purifying the blood; indeed, it is used in traditional Austrian medicine for those very things. It’s high in antioxidants as well as vitamins A and C, and has also been used to help curb internal bleeding and inflammation.

To get the most affect from stinging nettle, make sure you drink lots of water to help your system flush. Don’t worry—taken as a tea, nettles won’t sting you. 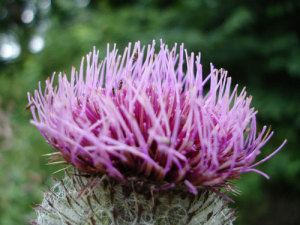 The seeds of the milk thistle plant are common in traditional Chinese medicine and have been used for over 2,000 years to treat liver, kidney, and gallbladder problems. In more modern times, the herb has been used specifically for alcohol-related conditions such as alcoholic hepatitis and alcoholic cirrhosis of the liver. Some claim it as a cure for hangover, and it may also be useful in purging industrial toxins from the body.

The active ingredient is a flavonoid called silymarin, which is an anti-inflammatory and antioxidant that may actually help the liver grow new cells to repair itself. It’s actually a prescribed medication in parts of Europe.

Remember: Herbs are medicines. If you are going to use them in conjunction with any other pharmaceuticals, make sure you do your research and talk to your doctor first.

Now go on out there and indulge!

note that this was published previously on December 2014