Trending
You are at:Home»Wellness»Pregnan-tea: Dispelling the Myths of Drinking Tea during Pregnancy
By Jennifer Billock on December 10, 2014 · Wellness

If you’ve been pregnant in the past five years, chances are a medical professional told you that under no circumstances should you drink tea during your pregnancy. No chai, no mate, no rooibos… nothing. And worse, maybe you were told that from the first trimester on through the end of nursing your new baby, you can’t have tea that entire time!

Well, we think it’s about time somebody set the record straight. Studies have shown (even studies done by the American Medical Association) that most tea is not only fine to drink while you’re pregnant, but some of it is actually beneficial to both baby and momma. Read on for the skinny on what teas you should and shouldn’t drink while pregnant, and what exactly they can do to your body.

A few years ago, news emerged saying that certain herbal teas were bad news for pregnancies and could result in unwanted complications. As a response, doctors nationwide began to steer mothers-to-be away from teas in all form. The recommendation seems to have spiraled out of control.

“Women constantly come to me and say, ‘Why can’t I drink tea?’” said Jane Peterson, licensed Wisconsin midwife. “I was surprised when the blanket recommendations started to come down that women shouldn’t drink tea in pregnancy. I think the positives in that is that they recognize that herbs are not benign substances, but they do have an effect on the body. But it is the lack of knowledge about which ones are beneficial and which ones are not that is missing. So instead of really making a more informed choice about being able to recommend some over others, they’ve made a blanket statement.”

It’s understandable for some—instead of worrying about a patient drinking something they shouldn’t and blaming the doctor afterward, the medical profession is choosing to protect itself by declaring all teas unsafe. That way, any consequences to a poor beverage choice are beyond the doctor’s control. 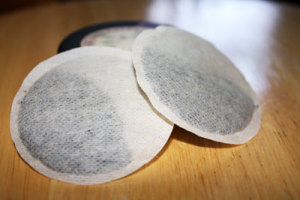 So, once these directions came down the medical pipeline, different tea companies capitalized on it, creating tea specifically for pregnant women. It was actually a joint effort, in mindset at least. Doctors don’t want to be blamed for not telling their patients not to drink something, and tea companies don’t want to be held responsible if a pregnant woman has an adverse reaction to their product.

“The reason [doctors and tea companies]make blanket statements like that is because of liability,” said Ashley Shanti Shea, doula and holistic health coach at yoginimomma.com. “That’s why on every single box of tea, unless it’s [specifically]pregnancy tea, it says ‘Do not take while pregnant or breastfeeding. Consult your doctor.’ It’s just a liability for the company. They don’t have to worry about getting sued if anything happens. Herbs are complicated. There’s some with a lot of contraindications but a lot of them are really beneficial for pregnancy.”

“Many herbal teas have a lengthy history of being safe in pregnancy,” she said. “Drinking herbal tea throughout pregnancy is something that can certainly be discussed in a way that is informative rather than this idea that there is some sort of blanket concern for all herbs in pregnancy.”

A Cuppa the Good Stuff

We’ll hand out the bad news later—first, let’s look at what teas are fine for pregnant women. The main concern among medical professionals of all types, whether doctor, midwife, or even herbalist, is that whatever the momma drinks will pass through into the fetus. Caffeine has a tendency to cross that barrier, and that’s a scientific fact, which is why caffeine consumption during pregnancy is fairly regulated.

But not everything that could pass to a child is harmful. 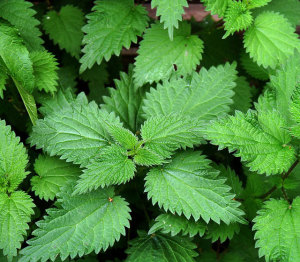 “Nettle tea is really good,” Shanti Shea said. “It has absorb-able magnesium, calcium, and iron. Dandelion is good also, but it’s really bitter so it’s best to have in a blend. It helps you with fluid retention if you’re retaining water and you’re really puffy when you’re pregnant. Ginger tea is great because it helps with nausea, morning sickness, and indigestion. Drinking tea is also a great way just to stay hydrated.” 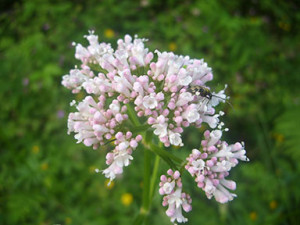 Peterson agrees and suggests that even having a cup of mild Valerian hot tea before going to bed can help a pregnant woman or new mother get to sleep without any concerning side effects. Just don’t go overboard. It may be common sense to you not to overindulge, but not everyone thinks about it.

“I’m a big believer in small amounts,” Peterson said. “I don’t want you to drink five quarts of this one tea a day, and there are people you really have to say this to.” 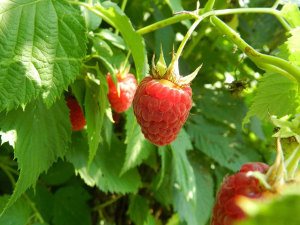 “The most important tea to drink is red raspberry leaf tea,” Shanti Shea said. “Red raspberry leaf is a uterine toner and it helps prevent postpartum hemorrhage. It tones your uterus so it’s really strong for labor and for getting back down to its normal size afterwards.” It’s a longstanding aid and therapy in Chinese medicine, and throughout the midwifery world as well.

During her pregnancy, Shanti Shea would brew huge pitchers of red raspberry leaf tea and some blends, mix it with honey, and stick it in the fridge so she’d always have something to drink that was good for her and the baby. She noted that drinking a ton of water when you’re pregnant can make you feel sick, so tea is naturally a better choice for staying hydrated.

Now for the bad news—although it’s kind of couched with something good. There are specific teas that you shouldn’t drink while you’re pregnant. But the good part is that those teas are not things that are readily available.

“There are herbs that are harmful, things that certainly should not be consumed in the first trimester,” Peterson said. “But most of them are very bitter and no one would drink them for pleasure. Pansy and rue, large amounts of goldenseal, those are not good things to be taking in the first trimester. They’re actually considered abortive agents. They can potentially harm a pregnancy.”

Shanti Shea added St. John’s Wort, ginseng, licorice, dong quai, and yarrow to the list. Licorice in particular, she said, has a hormonal effect and will increase estrogen levels. Which you obviously don’t want during pregnancy since, well, your estrogen is already probably sky high.

The main thing to remember, though, is to always check with your doctor or midwife. If you’re concerned or have a question about something in your tea, give them a call. And don’t underestimate your own knowledge of your body—women have a tendency to know what’s best for themselves.