Trending
You are at:Home»Inspiration»The Sweet Spell of Blackthorn Hoodoo Blends
By Diane Cooney on September 1, 2014 · Inspiration

Amy Blackthorn of Hoodoo Blends became inspired by tea when she was a young child, “It started probably when I was six or seven, with helping my mom in the kitchen. We lived on southern sweet tea. She would boil these tea bags for just a ridiculous amount of time. To a seven year old, this was some sort of arcane magic that only grown ups understand. But I wanted to be the one who understood it. So you fast forward… six or seven years, I start getting interested in not just how these things are grown, but how can I create these beautiful blends for other people.”

In 2005, Ms. Blackthorn began experimenting with different teas, applying the knowledge she had gained from herbal classes she took in high school. “I became the herb chick, I loved growing and cultivating the plants that were useful, not just pretty. The idea of being able to take something that was normally used to flavor food, but to take it to create interesting and diverse beverages…. I just thought it was the neatest thing.”

She explains her rationale for creating these delightful concoctions. She liked, “the idea that these different flowers, plants and herbs create something that was tasty and didn’t have caffeine. I can get away with a hint of sugar instead of the 3-4 cups of sugar for a gallon of tea that my mom has been making us all these years. These flowers actually taste like fruit, there’s vitamins and minerals.”

Her friends and family encouraged her to begin selling her custom blends. She then began to take her hobby more seriously. Ms. Blackthorn went to visit a friend during a blizzard. They spent the storm whipping up recipes, she adds, “For a day and a half, we had mad tea science.” From there she had the foundation of what is now Blackthorn Hoodoo Blends. 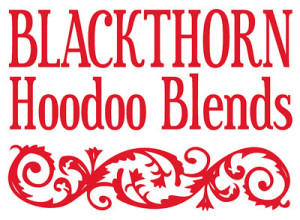 Ms. Blackthorn had been teaching herbalism and herbal medicines since 1999. She was inspired by the Hoodoo medicine, which was part of African American folk culture. “It was fantastic. I had taken the source material books that I had for research, I starting taking these old recipes from old Hoodoo books, and turned them into beautiful amazing flavored teas that anyone could enjoy.” 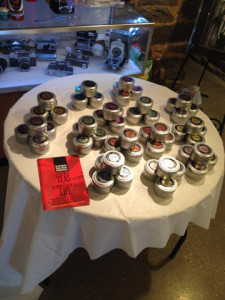 The production process results in high quality tea, and Ms. Blackthorn shares, “Everything is made in very small batches, between 1-3 pounds at a time. I want people to know the care and love that goes into this stuff. From the person who’s picking it…to me blending it. It’s about family, it’s not about profit. ”

Diane is a freelance writer and marketing consultant who loves all forms of tea, writing about tea, and cooking with tea!